The Big Easy and His Magic Touch with Debby Grahl

Going to New Orleans has always been a dream of mine. Debby Grahl is here to tell us about her experience in The Big Easy and how it inspired her new release, HIS MAGIC TOUCH. 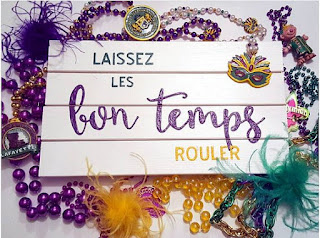 New Orleans, known as the Crescent City or the Big Easy, just celebrated its three-hundredth anniversary. It was first settled by the French, then taken over by the Spanish, sold back to the French, who then sold it to the United States.
The city's historic past includes such characters as the famous pirate, Jean Lafitte, and the infamous Delphine LaLaurie who in 1834 was run out of New Orleans when her mansion caught fire and tortured slaves were discovered. And such locales as the notorious Storyville red light district, the iconic riverboat gamblers, and everyone's favorite party, Mardi Gras.
My husband David and I first visited New Orleans in 1989 and fell in love with the city. I’m a history buff by heart so I found the old Spanish architecture with its wrought-iron balconies enchanting. All you have to do is walk the streets of the French Quarter to feel the magic.
There’s a saying, “Only in New Orleans.” And this is so true. As I sat on our hotel balcony sipping a glass of wine and munching on a bag of voodoo chips, I could see a musician setting up on the corner. Soon the clear sounds of his saxophone filled the night. The smell of spicy gumbo from the restaurant across the street wafted through the air.  The clip-clop of a horse-drawn carriage passed beneath me, its driver thrilling his passengers with tales of the ghosts who haunt the city. A man, painted silver, walked along juggling oranges, while a bicycle cab pedaled by. On Bourbon Street, a second line band marched past. A group of laughing tourists carrying red go cups went into a bar, and the long low whistle of a paddle wheeler on the river could be heard.
As I sat there taking it all in, I thought what a wonderful place to set a story. From its diverse people and cultures to its incredible food, such as hot sugary beignets, po boy sandwiches, and crawfish etouffee; every kind of music from funky blues to jazz, rock ‘n roll to country; and Voodoo shops, haunted houses, and above-ground cemeteries.
People claim witches and ghosts walk the streets, and I have to admit sometimes I believe it’s true. It was while touring St. Louis #1, the oldest above-ground cemetery in the city, standing in front of the tomb of the Voodoo queen, Marie Laveau, that the idea for His Magic Touch began. I swear she zapped me. I started feeling faint and had to leave the tour. Now, my husband will tell you it was because of the heat, but I felt fine until we approached her tomb. I think my version is more interesting. I began my research into local witchcraft and hauntings.
The Hotel Monteleone, on Royal Street, is one of the settings I use in the book. Not only known for its Carousel Bar, but it’s also one of the most haunted hotels in the city.

I hope His Magic Touch brings a little of New Orleans to life for you, and you’ll get a chance to visit this unique city on the Mississippi. 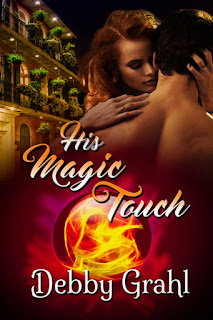 The night before Jared Dupre's wedding, a specter warns him the demonic witch, Adam Montief, has kidnapped his brother in a centuries-old vendetta unknown to Jared. A powerful witch himself, Jared tracks Adam from New Orleans to a remote island off the coast of Connecticut where he's given no choice. He must rescue his brother and break his engagement to Kendra O'Connell, or they both die. After complying, Jared engages in a sword fight and believes he has vanquished his foe, but when he returns to New Orleans, he finds evil still threatens all he loves. Kendra, not knowing why Jared broke their engagement, devastated, finds solace in another's arms. With help from an ancestor's spirit, can Jared defeat the dark magic descending over the Big Easy while winning back the woman he loves?

In the stifling heat, Angelique Montief flicked her wrist and set the bamboo ceiling fan spinning. Kneeling on a woven mat with sweat coating her body, she lifted a small wooden brass-bound casket from the bottom of a large trunk, inserted a gold key, and opened the lid. Inside two objects lay wrapped in thick cloth. She carefully unwrapped the smaller bundle to reveal a pentagonal mirror, a gift handed down to her by her grandmother, its ancient oak frame carved with tiny pentacles.
She glanced over her shoulder at her locked bedroom door, then stared into the mirror and whispered, “Show him to me.” When the glass remained blank, fear clutched at her chest. Again, she said the words, and the image of a plantation house engulfed in flames appeared. “No, please, he can’t be dead. ”Tears blurred her vision. The fiery image changed to reveal a human form lying beneath flowering bougainvillea. “Show me his face.”
She saw his indigo blue eyes blink open.
“I’m coming, my love.”
She rewrapped the mirror and placed it into the smaller casket among cloth bags of herbs and potion-filled vials. Relocking the lid, she hung the key on a chain around her neck, dropped a jeweled dagger into her pocket, and tucked the casket under her arm.


Augustus had locked her in, placing what he thought would be an impenetrable shield across both doors. Her husband’s biggest mistake was underestimating her. 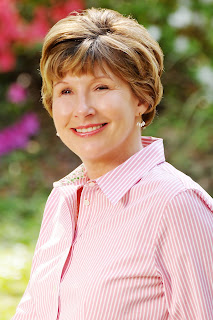 Debby Grahl lives on , with her husband, David. Besides writing, she enjoys biking, walking on the beach and a glass of wine at sunset. Her favorite places to visit are , City, in , the Cotswolds of England, and her home state of . She is a history buff who also enjoys reading murder mysteries, time travel, and, of course, romance. Visually impaired since childhood by Retinitis Pigmentosa (RP), she uses screen-reading software to research and write her books.
Her first published book, The Silver Crescent, won the Paranormal Romance Guild Reviewers’ Choice award. Her second book, Rue Toulouse, a contemporary romance set in New Orleans, was a finalist in the National Excellence in Romantic Fiction Award and was selected as a May, 2016, ‘local read’ by Hilton Head Monthly.
Decorated to Death is a holiday mystery cozy. She also has stories in three anthologies, The Haunted West, Never Fear/Christmas Terrors; and Ebb and Flow from the local Island Writers’ Network.
Debby was featured in the January, 2016, Hilton Head Monthly article ‘Intriguing People of the Lowcountry’. She is a member of Romance Writers of America, Florida Romance Writers, and First Coast Romance Writers.
Her latest book, His Magic Touch, was released December 5, 2018, by Wild Rose Press.