Welcome Lily Bishop to the beach.
She's here to tell us about her fascinating
CITY LIGHTS SERIES

The City Lights Series is named after the major cities that feature prominently in the books. The series focuses on three couples.

The first book, No Strings Attached, starts in Las Vegas with a whirlwind romance between Fox Thornton and Laura Todd. Sparks fly as they end up in Miami, Atlanta, and a private island in the Bahamas. 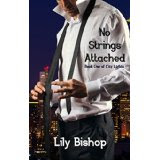 There's a fine line between truth and deception.

When Laura Todd discovers that her new boss is Fox Thornton, the sexy, blue-eyed man that she wowed in Las Vegas, she realizes that there's more at stake than a "no strings attached" fling. After all, strings can weave a tangled web of deceit and betrayal. Fox knows how crafty and clever Laura is, but he was hired to find out why her company is losing money. He can't deny that all evidence points to Laura. Fox's reputation as a fixer is on the line, and he vows to find the truth--even if it means taking down the one woman he's wanted all along.

The second book, Under His Protection, takes place a year later. It follows Fox’s brother Lee Thornton as he becomes a bodyguard for Elizabeth Crowne, an Alanta attorney running for state Attorney General. Most of the action takes place in Atlanta, with stops in Washington, DC and the Bahamas.

Under His Protection (City Lights Book 2) 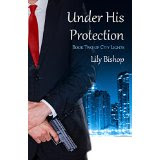 Elizabeth Crowne's life is in danger. As a front-runner for state attorney general there's a price on her head. After several ominous death threats, Elizabeth needs someone to ensure her safety. Lee Thornton, owner of Security Solutions, is just the man for her.

But Lee has questions of his own. Why does someone want Elizabeth dead? As Lee digs for answers, he only discovers more questions, unveiling a conspiracy that could go beyond anything either one of them ever anticipated. How can anything be sacred when betrayal lurks around every corner? Can Lee find a way to keep Elizabeth safe while protecting his own heart and secrets at the same time?

The third book, For the Win, revisits parts of the first book from the perspective of Laura’s sister Lindsey Todd, who is missing for part of the first book. We find out what actually happened to her while she was on the island. Was she kidnapped? Or was she there of her own free will? We learn more about the mysterious Ric Salzana, who we met in book one.

For the Win (City Lights Book 3) 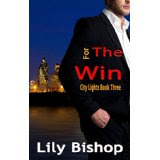 When blackjack turns to blackmail...

Lindsey Todd is on fire...at the blackjack table. She can't lose. After perfecting a system that helps her win big at every hand, Vaughn Bruce learns her secret and blackmails her into entering a high roller blackjack tournament in the Bahamas.

When Ric Salzana spots Lindsey Todd and the shady man who enters his casino, something doesn't add up. Once he realizes that Lindsey and Vaughn have been playing with counterfeit chips, Ric has the man arrested. But, Ric has other plans for Lindsey. Can he convince her to confess that she was cheating or will Lindsey beat him at his own game?

In the fourth book, Breaking Even, we follow Lindsey and Ric’s relationship between book one and book two. They are trying a distance romance between South Carolina and the Caribbean, but it’s not easy. Danger from an old enemy returns and when Ric steps up to protect Lindsey, he makes a choice that puts their relationship in jeopardy. 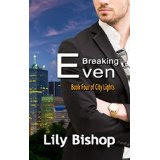 But for Lindsey Todd, all she wants is to break even and get back to the real world, focusing on graduate school in South Carolina. However, with her heart still in Caribbean with the sexy Ric Salzana, Lindsey's mind is miles away.

When Ric Salzana realizes that old enemies have resurfaced and that Lindsey is in danger, he'll do anything to save her--even if it means jeopardizing everything they've worked so hard to build. Can Ric keep Lindsey safe before all the cards start crumbing down or is their downfall just the bad luck of the draw?

The fifth book, due out early next year, picks up where Books 2 and 4 left off and concludes Lindsey and Ric’s story. Major settings include South Carolina, New York, and the Caribbean, including Venezuela. Book five resolves loose ends from book two and will wrap everything up with a grand finale.


The most difficult part of this series was telling Lindsey and Ric’s story. It spans the timeline of the first two books and finishes after the second book. In chronological order, the books are 1, 3, 4, 2 and 5, but they can also be read in numerical order without problems. I couldn’t really tell Lindsey’s story without telling the other stories first, so that’s how I ended up with a bizarre timeline. I think reading 3, 4 and 5 together lets Lindsey and Ric’s story build on its own, and that’s why I didn’t renumber them. 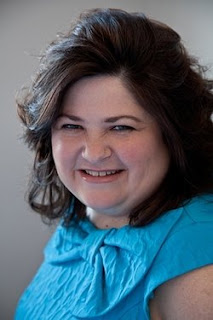 Lily Bishop was born in a small town near Athens, Georgia. She attended the University of Georgia and received a Bachelor's in English, and then enrolled in the MFA program in Creative Writing at Purdue University. After a year, she left the program and moved to Atlanta. Like a siren's call, Athens wanted her back, and she returned to Athens where she received her Master's in Public Administration. She now lives in the Upstate of South Carolina and works full-time as a database administrator for a university. She is married to her best friend, and they have two children. When she is not writing, she and her family are playing German or Euro-style board games. Lily writes contemporary romance and romantic suspense, and her goal is to blur the lines between romance, chick lit, and women's fiction. Her books are peppered with family members who make things complicated and couples who can't seem to find a way to be together. Lily writes with a Southern flair, but her characters find themselves in exotic locations and sometimes dangerous situations. She loves to interact with readers about her characters and stories.