- Thank you for being a guest on Coffee Talk today, Kelly. Let’s start with a little about yourself away from the keyboard. Tell us about your family, pets, hobbies and such. 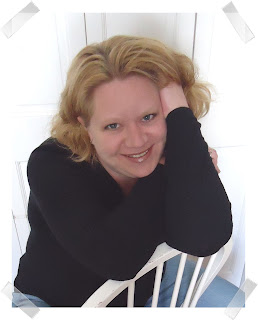 Kelly –  Okay, I'll just lay out my official bio.
Kelly's been known to say that she gets her ideas from everyone and everything around her, and that there's always a book playing out in her head. No one who knows her bats an eyelash when she talks to herself.
She began her writing career in the Indie market, becoming the recipient of an Editor's Choice Award, a Finalist in the 2008 Best Book Awards, and a Finalist in the 2009 Indie
Excellence Awards before moving into traditional publishing. Her books not only have honors from the top review sites, but from NY Times bestsellers too. She is a respected reviewer and a Romance Writers of member.
Kelly's interests include: sappy movies, MLB, NFL, driving others insane, and sleeping when she can. She is a closet caffeine junkie and chocoholic, but don't tell anyone. She resides in with her husband, Darren, three sons, Logan, Evan, & Ethan, and her black lab, . Most of her family lives in the , so she spends a lot of time there as well.

– I’m so intrigued by your new release THE DRAKE HOUSE. We’d love to read the blurb.
Kelly – Well, okay! Here you go...
In her dreams, a ghost demands to be heard...
Once plagued by mysterious nightmares, Trisha Eaton always chalked them up to childish nuisances--until they return with a vengeance. Something about the Drake house next door haunts her, and now her night terrors and sleepwalking seem to be luring her to something dark. After a series of strange events, Trisha turns to Nick Mackey. As the new deputy in town, Nick wants to forget his traumatic past. His undeniable attraction for Trisha has him wondering if a shot at a normal life is possible. But Trisha has somehow struck a nerve in their small, superstitious town, and a long-buried secret threatens to surface again. A secret that someone will kill to keep veiled. Answers only lead to more questions in a case where nothing makes sense, but one chilling fact remains...some nightmares are all too real. 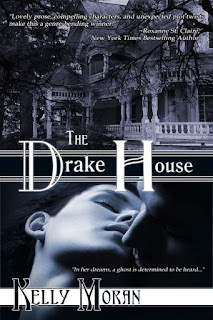 - To me there’s nothing spookier than a good ghost story. What inspired you to write it? Have you had any personal experience with the paranormal?
Kelly – Funny story. So some friends and I used to visit reportedly haunted places. We were walking on this rural gravel road, surrounded by dense woods, heading to an abandoned house, when I feel myself being stopped by something I couldn't see. The next thing I know, the flashlight is flying from my hand and across the path. Then I hear this voice whisper in my ear, but no one physically there to speak it. Needless to say we booked it outta there, but it inspired this book.

– Your heroine deals with nightmares and sleepwalking. Are these problems you've experienced or did it require research?
Kelly – Both. I have nightmares often and occasionally sleepwalk. I did need a lot of research as well to make it believable to my plot.

– If THE DRAKE HOUSE was made into a movie, who would you like to play the roles of your main characters, Trisha and Nick?
Kelly – Oh wow. Hm. Anne Hathaway as Trisha, her serious acting side. Nick needs to be dark and broody. Don't know on him. Maybe James McAvoy?

– How about a sample of what our readers have to look forward to.
Kelly –
Her voice was inviting when she wasn’t mad at him. Like hot cocoa on a frigid day.
“You should smile more often,” he claimed quietly, glancing ahead at the orchard approaching.
She halted abruptly and tilted her head as if contemplating how to respond. “I smile all the time,” she said. No hint of irritation now.
Clearing his throat, he said, “I meant at me. You should smile like that more often at me.”
He couldn’t believe he said it. There was a very long awkward silence as she studied him, brown eyes widened. Talk about feeling like an idiot. Finally, she let out a laugh, smooth and rich from someone so small. She wove her arm through his affectionately like he’d seen her do with others and kept walking.
“Give me a reason to smile and I just might.”
“I’ll take it into consideration,” he mumbled. He already had. From the first moment he walked into her house tonight, he’d been considering her. Before, really, but why argue semantics.

– Where can our readers get a copy of THE DRAKE HOUSE?
Kelly – Amazon or B&N

~Let's have a look at this terrific trailer~