Let’s give a warm welcome to a new friend, Liv Arnold. She’s joining us today to talk about her book, Law & Disorder. 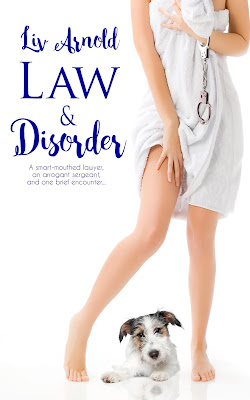 Liv, could you tell us a little about Law & Disorder?

Lawyer Juliet Jackson has come head to head with Sergeant Jesse Burns on numerous occasions in court. He is provoking. Pigheaded. Punch-worthy. They don't get along. Not one little bit. The unfortunate fact he's also her next-door neighbor brings her loathing off the charts. But when Juliet's caught locked outside her home in nothing but a skimpy towel, she must swallow her pride and turn to Jesse for help. She doesn't expect the explosive chemistry between them and can't help but wonder if Jesse's as demanding in the bedroom as he is in the courtroom.

That sounds great. We’d love to see a sample of what’s inside.

His handsome face smirked before he averted his eyes and turned his head, but she could still see the profile of his face. His police uniform stretched across his chest. Wonder if that chest is chiseled underneath all those clothes.

Her ears burned hotter than chili sauce, spreading to her neck and chest. No point in putting on a mask this time, because there was no escaping this. Her fingers found the ends of the towel to cover her naked body, but her legs froze on the spot. “I got locked out of my house.”
“You got locked out of your house…naked?” A grin spread across his face, revealing the dimple on the bottom lip. She wanted to bite it but didn’t know if it was to hurt him or because of the temperature between her legs.

Scowling at his sarcasm, her fingers gripped the bricks of her house and she pulled herself up. “Yes. Why are you even here? Didn’t you have enough of me this morning?
“Never enough.”

Where can our visitors find Law & Disorder?

What inspired you to write this story, Liv?

I’ve watched the TV show Neighbours since I was a child. I used to come home from school, get changed, have a snack then sit down and watch. I love the community behind the storylines and the more light-hearted moments. So, I thought it would be a fun idea to have the heroine and hero as neighbours, but spice things up a little.

What kind of research was needed?

I watched TV shows with an upbeat sense of humour. I wanted Law & Disorder to make people laugh and be able to put themselves in the situations.

What little piece of yourself is hidden between these pages?

I’m an introverted person which is the basis of my secondary character Dr. Mendes. I’m a homebody I really enjoy days when I don’t have to go out.

Tell us a little about your writing habits.

I set the timer and write non-stop for twenty minutes. It’s amazing what you can achieve when you’re racing against the clock. At the end, there’s so many typos and a lot of sentences don’t make sense. But it’s easier to edit rubbish than a blank page.

Can you reveal something about yourself only your closest friends know?

In Melbourne Australia, there’s a spot called the 1000 steps where people do exercise. I’ve never once made it to the top.

And here’s more about the author, Liv Arnold.

Liv Arnold has worked as a copywriter for several global companies and now runs her own freelance business. She grew up in Melbourne, Australia, and lives with her husband and their spoiled dog, who only eats freshly cooked meals. When she’s not writing, Liv’s avoiding the gym, devouring a cheese platter, or marathoning way too much TV. And of course, she’s a massive book addict and often reads until all hours of the night. 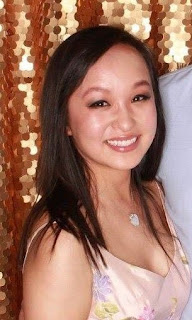 Tell our visitors how they can get ahold of you.

I would love to hear from you! Contact me on:

It’s been great meeting you, Liv. We all wish you a ton of luck with Law & Disorder.
I hope you’ll drop by as often as you can today to meet our visitors and answer their questions.

Thanks so much for having me. I loved chatting with you.