The day I made the choice to raise my hand and give myself to the military I was filled with a sense of pride and anticipation. It didn't cross my mind that my mother would feel anything other than pride, as well. I was, after all, an adult.

Years later, I found myself sitting alongside a parade field watching my son march in formation, wearing the uniform. This time the pride was accompanied by apprehension. The child I'd nurtured and protected all his life had taken up the mantle and placed himself in harm’s way to protect the nation. But I was one of the lucky ones.

When the ultimate sacrifice is made our heart is forever broken. We realize the choice was never ours. Our child was, after all, an adult and proud to serve.

My second cousin Misty and I connected on Facebook a few years ago. Her mother and I had been close, growing up. It was nice to see what a wonderful family she had and how close they were. Then one day two years ago Misty announced that her son Michael had made the decision to enter the Marine Corp.
Sadly, she lost him last month.

Misty is not yet a professional writer, but she loves poetry and has written a poem to her son.
With her permission, I'd like to share it with all of you in his honor. 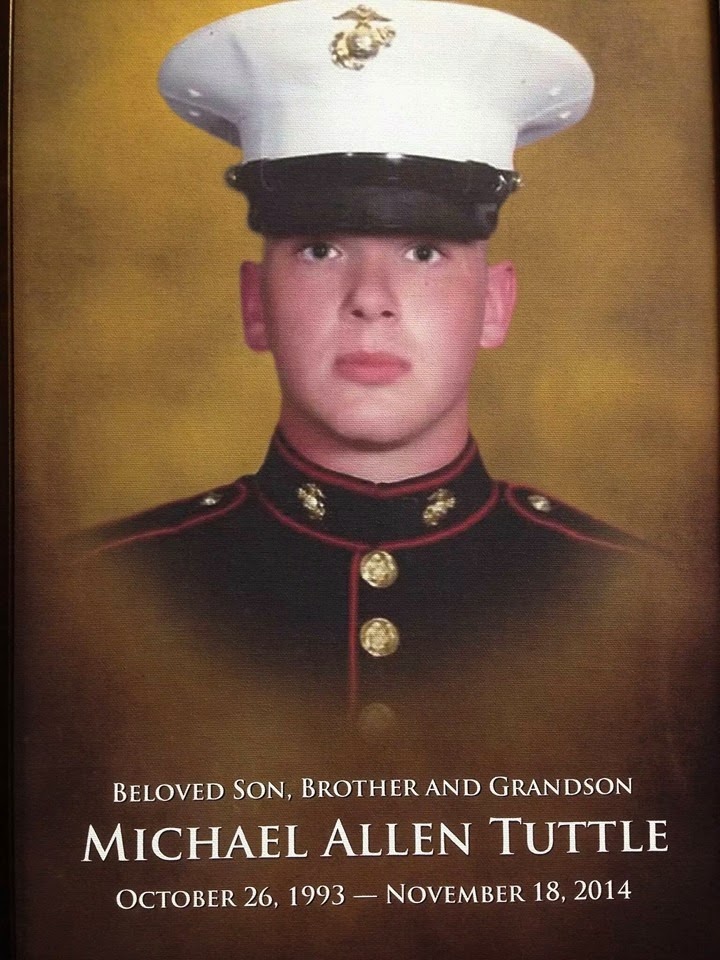 What I wouldn't give to hold his hand,
that young, and brave, courageous man
who gave his life to the proud and the few,
those who sacrifice all, to do what they do.
Though he lay in silence, there is much to be said
for the lives he's touched and the tears now shed.
This young man of twenty-one,
who laid down his life to pick up a gun,
to join the ranks of the U. S. Marines,
the meanest and bravest of the fighting machines.
Though, in him, there was so much more,
a goodness and kindness to his very core.
An infectious laugh and a beautiful grin.
A loyal friend, was this man among men.
A loving son, a dutiful brother,
he'd give his last to help another.
Quick to love and slow to anger,
Michael never met a stranger.
And if ever he thought he may be at fault
and hurt another, then always he sought
their accepting forgiveness with a heartfelt plea,
the first to extend an apology.
We will miss his hugs, his humor, his encompassing laughter.
Until we meet again son, in that great here after ~ 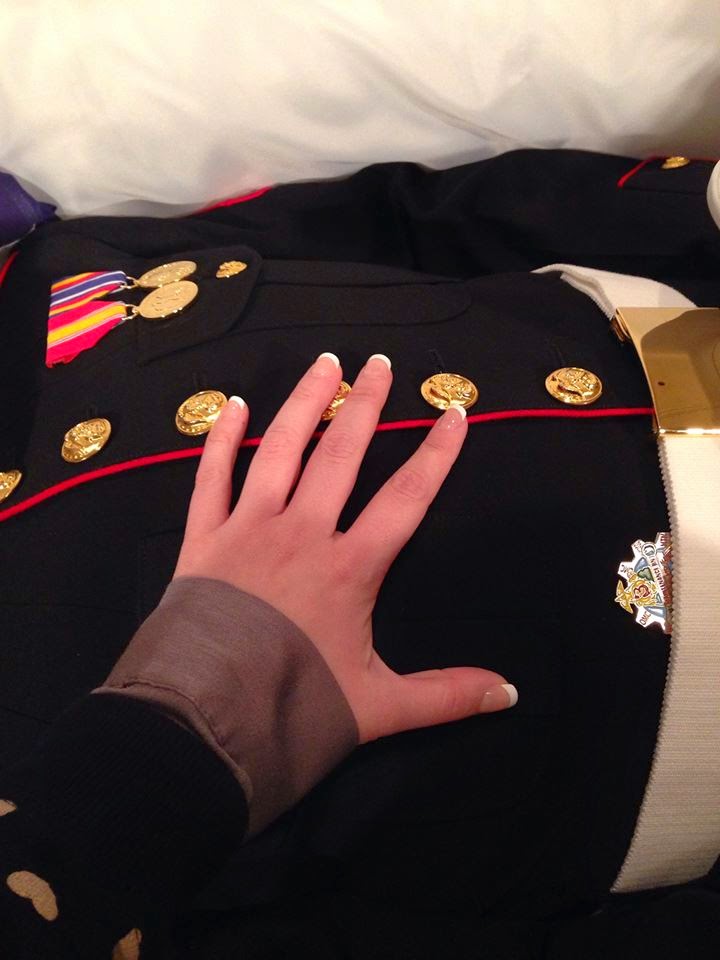