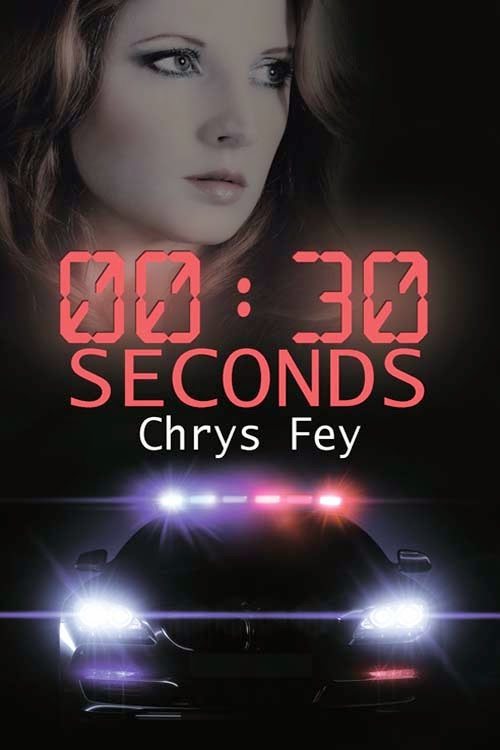 Welcome back to my beach Chrys! You may want to leave your sweater on and stay in the sand today. It’s a little nippy this time of year. I’ve brought a thermos of coffee…with Kahlua.

Hi, Sandra! Thanks for welcoming me back to your beach. This is my favorite vacation spot. Pass me that thermos! ;)

I had the pleasure of hosting you when you released your first novella, HURRICANE CRIMES. This time, hurricane season is over and you’ve released 30 SECONDS. Did you make any changes in the way you planned, plotted, or in general wrote this new story?

I usually plot every story the same way. Whenever I get a story idea, I write down as much as I can about it, including dialogue. Then I create a list of all the plot events from beginning to end. As I write, I may change things up if I get new ideas or if my characters tell me to do something else.

What did you learn from your first experience with publishing? Was there anything that really surprised you?

I learned a lot about marketing and have a few methods on how to do it, which is always helpful as you move forward. I didn’t really have any surprises, though, because I learned early on that my publishing expectations wouldn’t be reality. I would not get a movie deal, have a hundred reviews instantly, or make it as a best seller. I’m working toward those goals. ;)

Tell us a little about 30 SECONDS.

When Officer Blake Herro agreed to go undercover in the Mob, he thought he understood the risks. But he's made mistakes and now an innocent woman has become their target. He's determined to protect her at all costs.

The Mob's death threat turns Dr. Dani Hart's life upside down, but there is one danger she doesn't anticipate. As she's dodging bullets, she's falling in love with Blake. With danger all around them, will she and Blake survive and have a happy ending, or will the Mob make good on their threat?

It sounds just as action packed as HURRICANE CRIMES. Does Dani know from the start that Blake is undercover?

Basically the minute she meets Blake she learns he’s undercover, and the story is about the aftermath of him being undercover in the Mob.

How did they meet?

Well, their first encounter happens when Dani literally runs into him on the staircase. The second encounter, which happens a moment later, happens when Blake practically tackles her into her apartment.

To put a picture in our minds, who would you say are Blake and Dani’s celebrity look-alikes?

I always said Blake reminded me of Paul Walker (RIP) and Rachelle Lefevre would make a great Dani.

What is Dani’s first impression of Blake?

She thinks he’s a stalker, or at least going to rob her blind, which is understandable when a man grabs you and puts a hand over your mouth.

What is his first impression of her?

He viewed her as a woman in the wrong place at the wrong time.

Give us an example of what’s between the pages.

She panted with fear. What if they see the chest? What if we get caught? What if my breath stinks and I’m breathing right into Officer Hottie’s face? She shut her mouth and let oxygen flow through her nose.
Her eyesight slowly adjusted to the darkness and she could see Officer Herro’s silhouette. His head was turned and he was listening to the thuds of heavy boots getting louder; the intruders were coming their way.
Then the thunder of footsteps sounded right next to them. “There’s no one here, Red,” someone announced.
“Look for documents,” a man ordered, who Dani could only assume was Red. “I want the name of the person I’m going to kill.”
A moment later, there was a reply. “All the mail is addressed to a Dr. Hart.”
Hearing her name said aloud by one of the men who had ransacked her place made her want to gasp. Her mouth fell open and her breath was reversing into her lungs, but before she could make a sound, Officer Herro lowered his lips to hers, silencing her. Stunned, she could only lie beneath him with her eyes wide and her body tense. She couldn’t believe he was kissing her. She wanted to push him back, but knew if she did he might hit the inside of the chest, giving away their hiding place. That was when she realized he was kissing her so she wouldn’t gasp.
She let her body relax. After her initial shock faded, she was able to feel his lips. They were comforting and caused a reaction deep inside her. She couldn’t stop her lips from reacting to his. It was an innocent connection, a soft touch of lips. Until his hand slid from her shoulder to her neck and the kiss deepened into something else.

It sounds excellent. How can we find it?

There’s no way you can stay away from the keyboard now. What do you have in store for us next?

I am working on the sequel to Hurricane Crimes as well as the prequel to 30 Seconds that follows Blake in the Mob. I also hope to publish two paranormal short stories early next year: “Witch of Death” and “Ghost of Death.”

How does your family feel about having a published author in their midst?

I’m not actually sure how my family feels. They don’t ever mention my publishing or read my work. I do hope they are proud, though.

What is the first book you remember reading for pleasure?

Oh, gosh! I don’t know! The first romance book I ever read was “Once in a Lifetime” by Danielle Steel. I didn’t really enjoy reading until I was in sixth grade, so I guess I’d say “So You Want to Be a Wizard” by Diane Duane.

I’ll throw out a few genres. Tell us who your favorite authors are in each; 1- Romance, 2- Historical, 3- Mystery, 4- Paranormal. 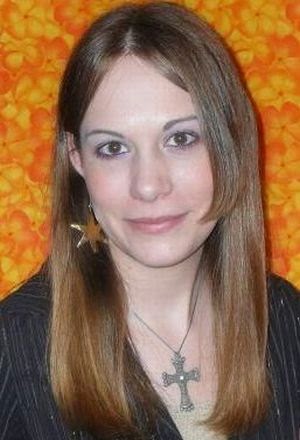 Now I feel like we know you a little better. Where can we find you on the internet?

It’s been great having you back. I hope you’ll stick around for the visitors that may come by.