Rachel Brimble ~ What Belongs To Her

What Belongs To Her – Templeton Cove Book Three 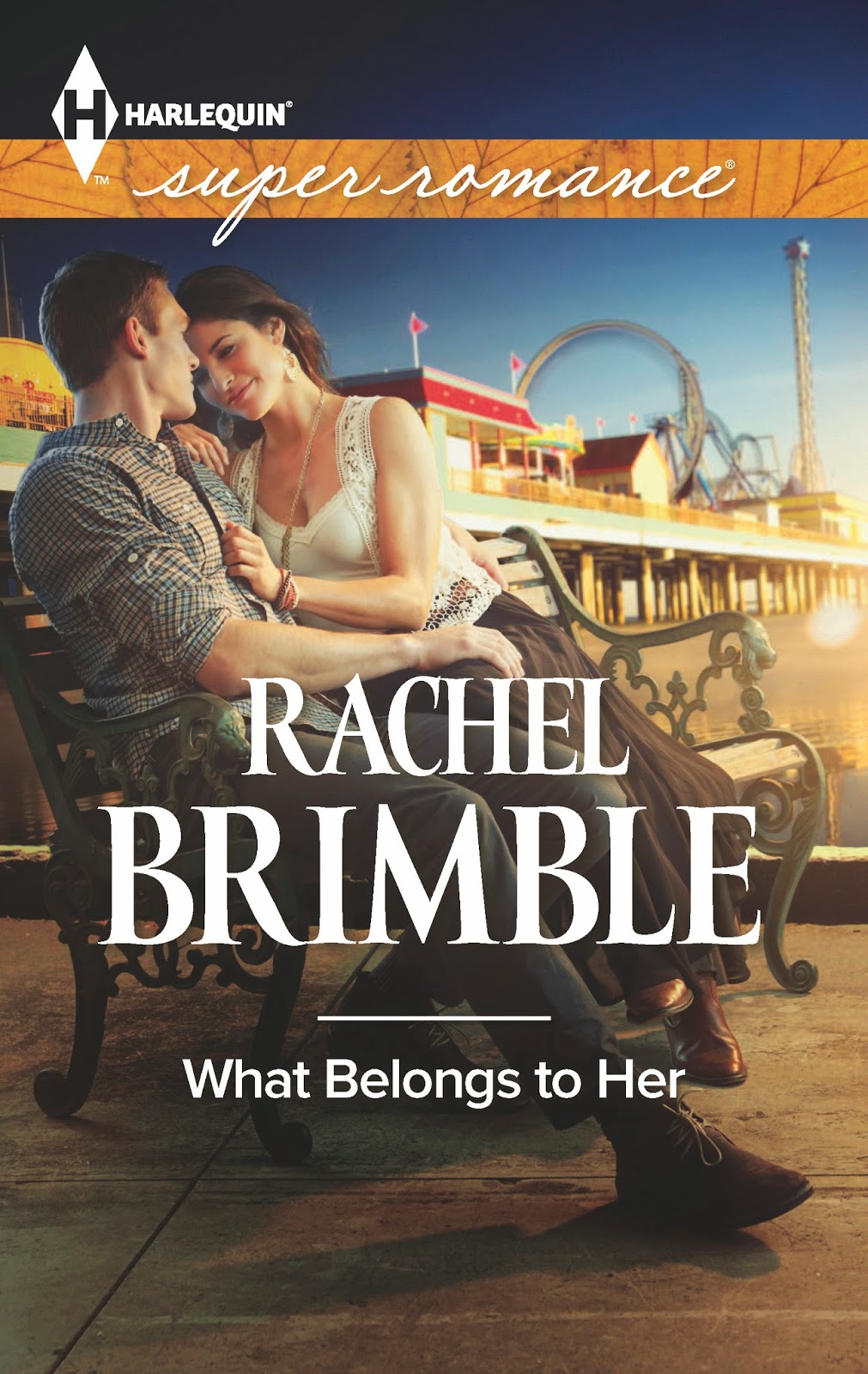 When I wrote the first story in my Harlequin Superromance series, I had no idea the book would be the beginning of a series. I thought I’d written a stand alone story set in a town I quickly created and fell in love with…and hoped Harlequin would like it enough to offer me a contract.

No one could’ve convinced me that not only would Finding Justice be my first sale to a big publisher, but would also become the first in five contracts that I would sign with Harlequin within a year.

I don’t need to tell you how I continue to float around on cloud nine right now!

Templeton Cove is a fictional UK seaside town in South West England. All the characters in the books are British too which is a first for Harlequin Superromance. Finding Justice (book 1) and A Man Like Him (book 2) are romantic suspense but the book I am promoting right now is a mainstream romance set in Templeton’s fairground.

What Belongs To Her introduces two new Templeton characters as the hero and heroine. Sasha Todd has lived in the Cove her whole life and running Funland is not just a job to her but the essence of who she is and wants to be forever. A part of her family’s legacy, Funland was sold to the town’s crime lord when her grandfather felt he had no other choice but to do so. When he died, Sasha made it her mission to get the fair back in her family where it belongs.

The crime lord is incarcerated on drug charges and Sasha sees her chance to swoop in and reclaim what she feels is hers…until the crime lord’s son arrives to take over where his father left off.

John Jordon is an enigma…a mystery…a man who clearly works out and knows what he wants. When these two come together, everyone else in town needs to run for cover!

The book was a joy to write and I drew on many of my own memories from times at our local fairground during the Easter holidays. Templeton is my dream place to live and the residents are as wacky, fun, interesting and scary as the characters you’d find in any small town. The joy I am getting from writing a series is beyond anything I could have imagined. To keep revisiting a place so real to me is an honor and bringing back characters I know so well and adore is pure joy.

Book 4 (a Christmas 2014 release) is now with my editor and I am now writing the final contracted book. I have no idea if this book will be the final book but as far as I’m concerned I could keep going – fingers crossed, my editor and Harlequin will feel the same…watch this space!

She's ready to take back what's hers
Since the moment a local crime boss claimed ownership of her family's fairground, Sasha Todd has dreamed of righting the wrong. Now it's time to act, and backing down from the man's estranged son is definitely not an option. After all, giving up her legacy to hot-blooded John Jordon means losing the chance to finally heal the wounds in her past.
Stopping John in his tracks—and resisting the sizzle between them—is Sasha's best defense. But there's more to him than she thought, which changes everything. With what matters most at stake, she'll have to risk a brand-new future with John, or walk away from the man whose heart belongs to her.

Don't forget to look for the first two books in the Templeton Cove series, if you don't already have them.

Rachel lives with her husband and two young daughters in a small town near Bath in the UK.  After having several novels published by small US presses, she secured agent representation in 2011. In 2012, she sold two books to Harlequin Superromance and a further three in 2013. She also writes Victorian romance for Kensington--her debut was released in April 2013 and she has since signed for three more. 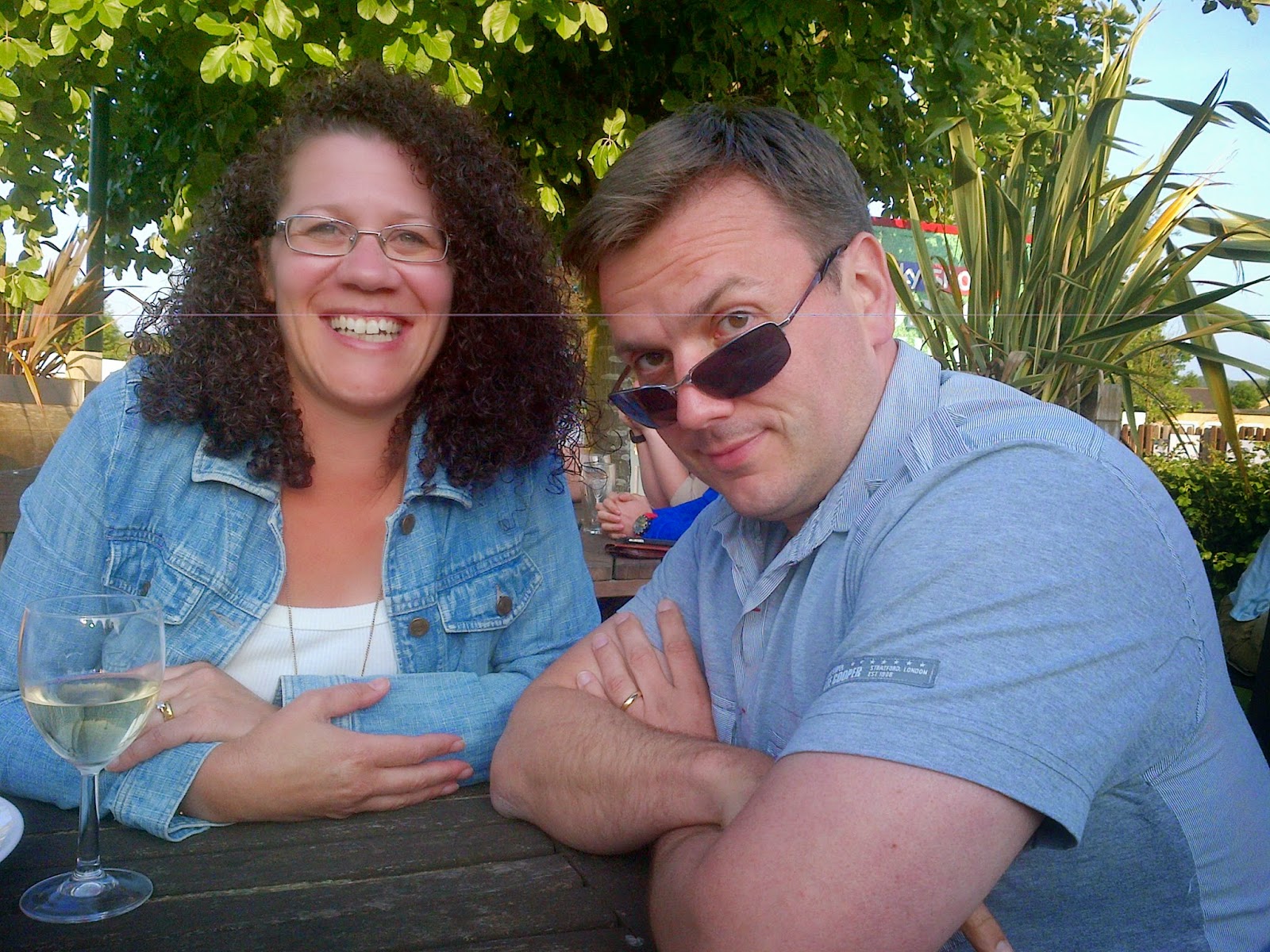 Rachel is a member of the Romantic Novelists Association and Romance Writers of America. When she isn’t writing, you’ll find Rachel with her head in a book or walking the beautiful English countryside with her family and beloved black Lab, Max. Her dream place to live is Bourton-on-the-Water in South West England.
She likes nothing more than connecting and chatting with her readers and fellow romance writers. Rachel would love to hear from you!

It's been fun having you on the beach again, Rachel. I can't wait to read this latest Templeton Cove installment and look forward to the next ones.
Our visitors are welcome to leave comments or questions below.

If you'd like your own spot on the beach, be sure to leave a message on the 'Be My Guest' page in the tabs above.