First off, Katie, congratulations on your new release. MY KIND OF CRAZY sounds like my kind of starting over story.
Secondly, welcome to my beach. We’re casual here so kick off your shoes and grab a cold drink.

Thanks for inviting me over! I live at the beach too, on Cape Cod, but it’s always fun to visit other beaches…especially when there are umbrella drinks on hand!

I’m sure our visitors want to get to know you. Give us an example of a typical day at your house.

I’m the mother of three active teens and two oversized dogs (yes, we have a Saint Bernard, just like the heroine in my book.) The dogs like to get me up for early morning walks on the beach, and during the school year the kids are up and out between 6-7:30. Then I’m at my computer for most of the day, writing and wrestling with social media. My husband travels a lot for business, but when he’s working from home we’ll often take a break together at lunchtime to catch up. After school hours turn into a whirlwind of soccer practices, drama rehearsals and homework. The regional high school is a half hour away, so I log a lot of miles on my minivan!

My oldest graduated from high school in June, but only had two weeks of vacation before flying off to college. He’s attending the U.S. Air Force Academy in Colorado Springs. His dad and I are so proud of him, but the “trauma” of having my oldest leave home hit me harder than I thought it would!

Congrats to your son for being accepted to the USAF Academy! Colorado is beautiful. You'll love visiting him there.
Now that you have a little extra room in the house, describe your favorite writing place.

After I sold my first book (written on my laptop at the kitchen counter) my husband bought me a writing desk. It’s made of clear blue glass and I love it – although at the moment it’s a complete mess! Our house has been undergoing renovations for the past year and my desk currently sits in a corner of the living room until my new office is finished. But! I’m going to have an office soon – that’s the important part!

An office of your own, how wonderful and well deserved. I noticed that you've been in the writing world for a while and you've written different types of books. What inspired you to write Kendall and Jonathan’s story?

I love reading quirky romances with strong heroines and a little bit of intrigue. My goal was to write a great beach read set here on Cape Cod, and I drew many of the characters in my book from real life. I actually have a good friend named Dorothy who works with foster animals, although some of the other characters are more composites than based on one actual person.

As I mentioned, we've been undergoing house renovations for a while, and some of the stories we heard from contractors combined to inspire Kendall’s crazy neighbor. And we have our own stubborn, lovable, crazy Saint Bernard, so we actually lived through that fast-growing puppy stage. (Our Saint is four now, but she still thinks she’s lap-sized.)

Here’s a little about MY KIND OF CRAZY to let our visitors see what you have in store for them.

Blurb:
Kendall Roarke is betting everything on making her Harwichport Bed & Breakfast into the premier wedding destination on Cape Cod, despite her recent messy divorce.
Jonathan Reynolds moved back to the Cape to take over his uncle's business and start fresh after his own marriage ended. He's not looking for anything complicated - until he meets Kendall, with her big plans and wild mop of curls.
Throw an unruly foster puppy and an uptight new neighbor into the mix and things get a little crazy. Now Kendall has to decide if it's the kind of crazy that she can live with... for the rest of her life.

Tell us three things about Kendall you think we should know.
1.     Born and raised on Cape Cod, she’s part of the new generation of business owners moving back after college to jumpstart the local economy.
2.     Impulsive, independent and stubborn, she wants to stand on her own two feet. She’s not ready to rely on anyone else after the way her ex made a fool of her.
3.     Even after her divorce, she hasn’t given up on the idea of love and happily-ever-after. She’s just not sure she’s ready to jump back into the emotional maelstrom.

Tell us three things about Jonathan she noticed right away, her first impressions.
1.     His laugh is a deep throaty rumble that sent shivers down her spine.
2.     He looked pressed and put together, like a preppy salesman out to make a good impression, and is secure enough to wear pink and plaid in a non-ironic way.
3.     His eyes are the most brilliant, sparkling shade of green she’s ever seen (even greener than Jensen Ackels!)

We can’t leave out the third main character of the story, Kendall’s foster puppy. I’ve always felt pets make colorful characters. How important was this fur-baby to your story?

Very! In fact, my editor told me in the first draft she read, the dog had more lines and page-time than Jonathan did. She wanted me to cut some of the dog scenes. We compromised and I added more Jon scenes instead!

My, that is a big puppy! Now we’d love to see a sample of the story. What was one of your favorite scenes?

Excerpt:
He reached out and gently wrapped his fingers around her arm, not letting her leave the front hall. “Kendall?”
Again with the major electrical sparks zinging through her! She was afraid to look him in the eye, afraid he’d be able to see it in her face, the devastating effect he had on her. They stood so close she felt the heat from his body radiating, warming the small space between them. His touch was fire on her bare skin. She finally raised her gaze to meet his eyes, luminous and deep. She felt like she might fall into those green pools and drown.
Breathe in, breathe out. She searched for words to answer the unasked questions in his eyes but none came to her.
“Kendall.” He whispered her name again as if it were the answer to some puzzle he was trying to solve.
Thoughts whirled through her head at lightning speed. Nothing about this made any kind of sense— especially not her attraction to a complete stranger. But there was no denying the electricity that ran through her body from his simplest touch.
“I’m not looking for a relationship right now.” Her low whisper matched his.
“What are you looking for?” He moved closer, his lips brushing her mouth, tasting of beer and salted peanuts. His warmth pulsed through her in shock waves, her traitorous body responding all too eagerly. He tasted so good, the salt sizzling on her tongue. The kiss shifted from soft and gentle to solid and deep. Arms slid around her, pulling her close, but she was too wrapped up in the kiss to protest. Why complain? He felt so good, the hard muscles of his arms and planed chest underneath that thin dress shirt, and another hardness evident, despite his proper dress pants.
Suddenly Kendall remembered that this was the same man who was fooling around with the married cougar of a librarian. She wanted to be outraged for the unwitting spouse, but all she could think was, Lucky librarian.
She wrapped her arms around his neck and shoulders. Vaguely she registered the wall behind her, pressing hard against her back. His clever tongue tangled with her own, sending fresh waves of desire rippling through her.
Even as her body screamed Yes! she slid her hand between them, firmly pushing him backward and breaking the connection. “I can’t do this. I don’t want to get hurt again.” Her eyes searched his before she turned her head to look away. If she looked into those eyes for one more second she would forget all about saying no and let her body do whatever it wanted.
Excellent! I would expect no less from a writer with your background. I understand you wear a few hats in the writing world. 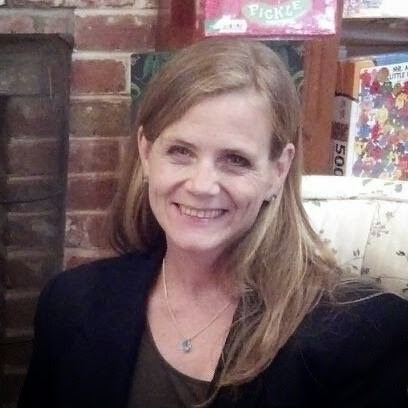 Bio:
Katie O'Sullivan lives on Cape Cod with her husband, three kids and two big dogs. Katie drinks way too much coffee on a daily basis while sitting in front of her computer, dreaming up adventures for her characters and creating new excuses not to dust.
She writes romance and adventure for young adults and the young at heart. Her Mermaids of Cape Cod series began in 2013 with SON OF A MERMAID, and continues in 2014 with BLOOD OF A MERMAID, both published by Crescent Moon Press.
In addition to writing, Katie works as a freelance editor and loves to help other authors make their words sparkle on the page. She writes a column about writing and editing for the Literary Women section of CapeWomenOnline magazine.
Website ~ Blog ~ Facebook ~ Twitter ~ Goodreads ~ Amazon Author Page

When I visited your Amazon author page, I saw a few other books I intend to check out. I hope our visitors will do the same.
Everyone is welcome to join us with questions or comments below.

Thank you for popping over today, Katie. I hope you’ll hang around and enjoy our sugar sand and balmy breezes. 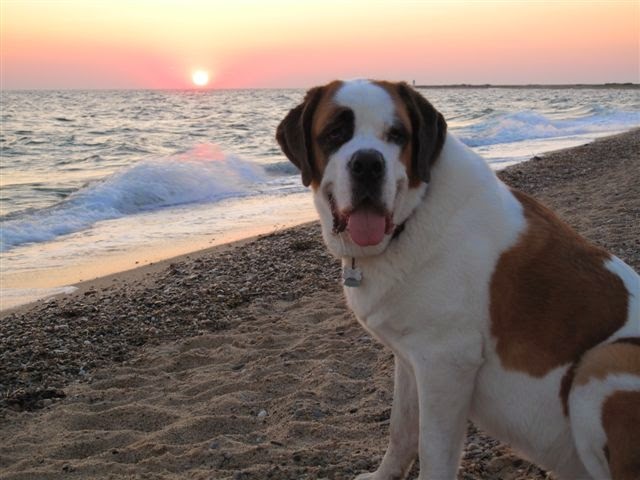