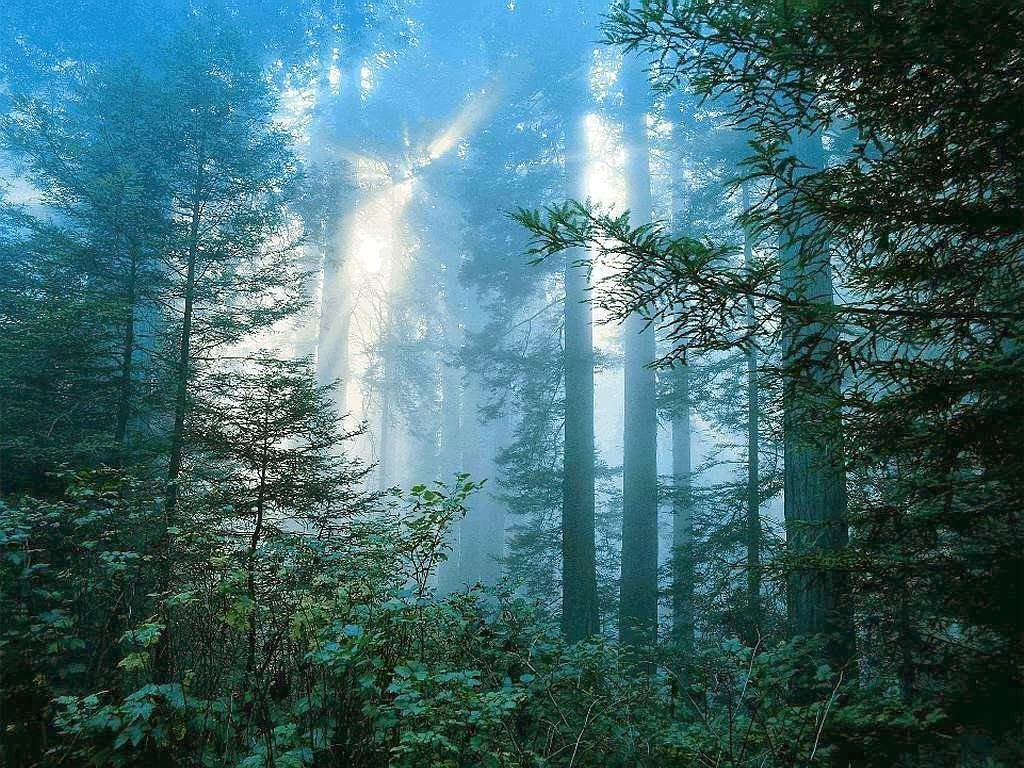 There’s always been a certain air of romance surrounding Sherwood Forest, and the legend of Robin Hood.  Who doesn’t know the tale of the handsome, dashing young Saxon pitting himself and his valiant men against the tyranny of their Norman overlords?  We love to root for the underdog, and we love a hero who’s just a bit larger than life.

But what made the life Robin lived, deep among the safe haven of the greenwood, so romantic?  When I began my Guardians of Sherwood Trilogy, I needed to answer that question.  I did not want to relive the stories of Robin Hood that had already been told, but wanted to draw on the mystery and magic of that place and time, and weave them into a new set of tales.

My Sherwood Forest became a place where the spirits of the departed linger and lend the strength of their love to the fight waged by a new generation.  The first book of the Trilogy, Daughter of Sherwood, describes how Robin and Marian’s daughter, Wren, found her own power and took her place in the fight for justice and freedom.

But it wasn’t until I began writing Champion of Sherwood, the second book of the Trilogy, that true romantic love came to roost among the branches of Sherwood.  The hero, Gareth de Vavasour, is a young Norman knight just proven and on his way to take up a post at Nottingham – nephew to the dreaded Sheriff, no less.  The heroine is Robin Hood’s granddaughter, Linnet, a beautiful Saxon healer who has absolutely no business being attracted to her mortal enemy.  But true love knows no boundaries, and as soon as these two meet, as soon as they touch, something irresistible blossoms between them.

I believe Gareth is the kind of hero for whom we all secretly long, in the depths of our hearts – strong yet gentle, determined yet wounded, and willing to sacrifice everything for the woman he loves: even his life.  He is a man who gives his heart totally and without reservation or reward, and never once wavers in that truth.  Who wouldn’t want to spend a night with such a knight, in Sherwood?

At this season when we celebrate love in its purest sense, when promises are whispered and love is pledged, I hope you’ll decide to take a walk in Sherwood and catch the glimpse of a true Norman heart – that of Sherwood’s chosen champion. 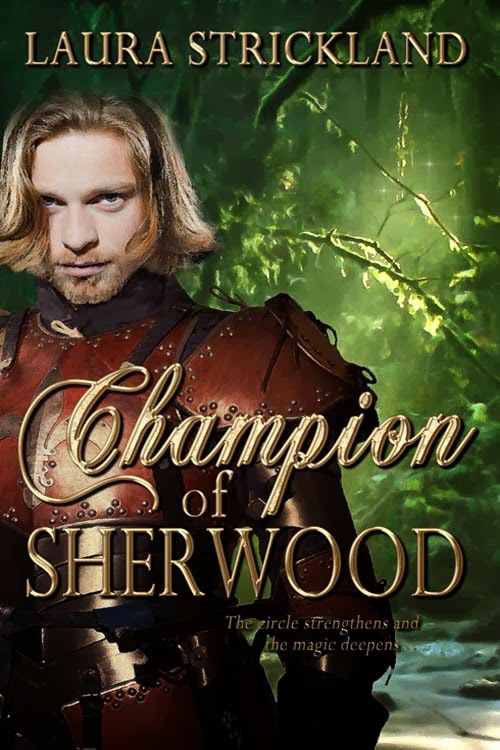 When Gareth de Vavasour, nephew of the Sheriff of Nottingham, is captured by the outlaws of Sherwood Forest and held for ransom, he knows he will be fortunate to escape with his life.  Amid the magic and danger that surround him, he soon realizes his true peril lies in the beautiful dark eyes of Linnet, the Saxon healer sent to tend his wounds.
Granddaughter of Robin Hood, Linnet has always known she is destined to become a guardian of Sherwood Forest, along with her sister and a close childhood companion.  She believes her life well settled until the arrival of Gareth. Then all her loyalties are tested even as her heart is forced to choose between love and the ties of duty, while Sherwood declares its own champion.

Daughter of Sherwood: The Guardians of Sherwood Trilogy Book One blurb:

Raised in the kitchens of Nottingham Castle, Wren has no idea she is the daughter of the legendary Robin Hood until she is summoned to Sherwood Forest.  Since Robin’s death many years before, the resistance against Norman tyranny has been upheld by a magical triad, but now one of the guardians has died.  With two young men, Sparrow and Martin, Wren must form a new triad with a bond strong enough to defend Sherwood’s magic.  To one of them, she will also give her heart.
From the moment Wren bursts into his life, Sparrow loves her.  But he knows she may choose his lifelong rival, Martin, as her mate.  Martin wants Wren also, but Sparrow fears Martin is driven not by love but ambition.  When Martin is captured and held at Nottingham Castle, will the conflict between love and duty destroy the triad?


Born and raised in Western New York, Laura Strickland has pursued lifelong interests in lore, legend, magic and music, all reflected in her writing. Though her imagination frequently takes her to far off places, she is usually happiest at home not far from Lake Ontario with her husband and her "fur" child, a rescue dog. Currently she is at work on the third book of the Guardians of Sherwood series.
Posted by Sandra Dailey at 2/15/2014 02:57:00 PM