Blog: Steven B King interview and the third in his Glimpse trilogy

It's always an honor to have Steven B. King on my blog. Today, he's here with the third book in his Glimpse trilogy - Glimpse, The Tender Killer. 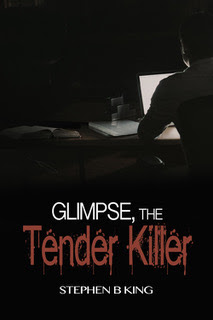 Glimpse, The Tender Killer (Book 3 of The Deadly Glimpses Trilogy Series) is released on September 11th

Criminal psychologist Patricia Holmes is now a detective paired with Detective Sergeant Rick McCoy. Together they hunt The Biblical Killer, so named for the quotes left on walls written in the victim's blood.

To lure the murderer out they join the Tender Nights internet dating site, openly making themselves targets. Rick and Pat have fought their desire for each other for months. Can they now survive their lust and an insane murderer intent on vengeance?

She glared at him in response; he had said the wrong thing. This was her dream; to be at the coalface, and of being an investigator in a major crime.  Nothing was going to stop her seeing the body. He smiled and winked, then yanked the hood up over his hair, and pulled the draw-string tight. He slid the face mask over his nose and mouth and waited patiently for her to catch up. Once they resembled scientists in a germ-free lab, they put on white latex surgical gloves, and Rick led the way through the front door, where another officer stood guard.
Inside the entrance hallway he stopped suddenly and Pat walked into his back and rebounded off him. In front of them on the wall, was a message which looked as if it had been written in blood, complete with runs and droplets so that rivulets from above ran into words written below.

But You, O God, will bring them down to the pit of destruction;
Men of bloodshed and deceit will not live out half their days

“What do you make of that, Pat?” He asked in a hushed voice.
“Hmmm, worrying on several fronts. Some sort of God complex? Vengeance is mine, sayeth the Lord; that kind of thing. It’s not going to be pretty; I’d know that from the message, even if we hadn’t been told what to expect. It’s not just this is boasting; it’s a warning to others, and that, is scary.”
He turned to look, her face was flushed around the mask she wore, her eyes shone, and it was almost as if she were turned on. “What do you mean by that?”
“Men, plural, more than one. Also, them, again plural. This is like telling everyone who is a liar or cheat they will face his wrath; he will kill them halfway through their lifetime. On the other hand, he is saying that God, not him, is the one killing. That infers schizophrenia, and a very angry one at that. I wonder what deceit our victim is guilty of. Clearly, our Mr. Byron Banks has upset someone by being violent, or by lying to them.”
Rick shook his head in amazement, once again, she had surprised him with being able to make sense of something that could have taken him days of investigation to uncover. “Should be easy to catch him, or her then, if they know the victim well enough to know he’s a liar.”


*** My heart pounds, knowing what's going to happen.***
If you're not totally convinced - here is my review.

Now, I have a few questions for the author. 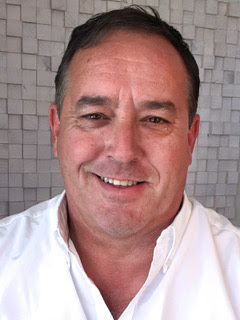 We all have a special relationship with books and writing. Each is different. We’d like to know more about how you developed your relationship.

1-     Were either of your parents avid readers? Did they read to you when you were a small child.
I don’t ever recall seeing either of my parents reading a book when I was a child, however I do have nice memories of primary school readers, and sitting on my mother’s lap.

2-     Can you remember when you began choosing books to read on your own? What kind of books were they?
As a child I discovered the wonderful Enid Blyton adventure stories, like The Famous Five and Secret Seven books. I paid homage to those very stories when describing the childhood of Bobby and Martine; the central characters in my new release Glimpse, The Tender Killer. As a teenager I loved all things science fiction with books such as John Wyndam’s The Midwich Cuckoos, Day of the Triffids, and everything by E. E. Doc Smith. Then came all the required reading books at school like Lord of the Flies, Robinson Caruso and King Solomon’s Mines, all of which I lapped up. Much later, I discovered my namesake, the other Stephen King, and to this day I think he is the finest novelist of our time in the way he can bring characters to life. Whether you like the genre he chooses to write in or not, his characterizations are the best. If I could write one tenth as well as him, I’d die a happy author.

3-     What kind of student were you in school? How would your teachers and friends describe you then?
I was a terrible student in every subject but one. My reports were littered with comments such as Stephen could do so much better if he tried! Actually, I could have done so much better if I was there, but it was the late sixties and I’d discovered rock music, girls, and drugs. The only subject I never ducked was English, and I was Mrs. Stewart’s favorite. By then I was writing horror as my subject of choice. I was never violent at school and I think most people liked me, but I just didn’t want to be there – life was for living, not schooling.

4-     How many books would you say you read in a month’s time after you left home and before you started writing?
There was a decent chunk of my life I didn’t read much at all once I left school. Reason being I became a guitarist and spent a few years playing in bands and living life to the full. Once I gave that life up to get married, and I had children, again my reading time was minimal. But, I always found time for a Stephen King novel though.

5-     What kind of books did you prefer as an adult?
I like the genre I write in myself, dark psychological thrillers, especially crime based. I like a raft of Scandinavian authors, Patricia Cornwall, Val McDermid, and anyone else who can delve into the character well so well you feel like they are your best friends.

6-     When was the first time you imagined a story you wanted to write and actually picked up a pen?
Virtually all my life I wanted to write. Poems, short stories and several times I tried a book in my younger days. Then in my rock band era I wrote music and lyrics, but still felt the urge to write that elusive book. But it was when I heard a Leonard Cohen song called Nevermind that inspiration hit me like a bold of lightning, and what felt like a need to tell a tale. My first published book was born, at age fifty-nine. It was called Forever Night, about a wounded SAS soldier who became a serial killer in the hunt for his estranged wife.

7-     Now that you’re writing and working a full-time job, how often do you get a chance to read?
Hardly ever now, but, I am heavily into audio. I have over an hour and a half in the car a day, six days a week to and from work (I manage a Kia Dealership). I think it’s important for any writer to be an avid reader, and audio books allows me to do that.

8-     Now that you’ve completed your trilogy, what’s next?
Firstly, I’ve just completed the second re-write for a book I adore (Yeah okay, I know I’m biased but I think it’s the best thing I’ve written). It’s called Winter at the Light, and it’s a romantic thriller set in 1952 on a remote lighthouse. A young women agrees to look after the lighthouse when her father breaks his leg and it’s the only way he can keep his job. During a devastating storm a life raft washes ashore with a man who has lost his memory, or has he? When two men turn up to hunt for him a few days later when the storm eases, she discovers on a lighthouse, there is nowhere to hide. Secondly, I’ve had several people who have read the Deadly Glimpses trilogy tell me they loved it, but boy they have given me a hard time pestering me for what happens next. I only ever envisioned it as the three books, but my editor, and the narrator for the audio version, and three beta readers have demanded a sequel. So, Glimpse, The Angel Shot is now around 30,000 words, and the words are pouring out of me like a tap I can’t turn off. Who knew a trilogy could be four books?