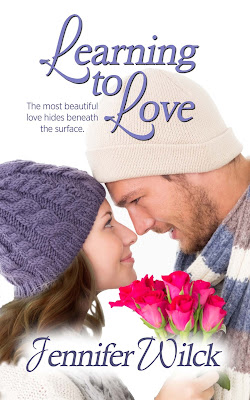 Blurb
Dina Jacobs is a single librarian who has never fit in due to her off-the-charts intelligence, frizzy hair and rounder-than-socially-acceptable figure. She left her past behind until she receives an invitation to her ten-year high school reunion, and all her insecurities return.
Adam Mandel is a single corporate attorney who just missed his third deadline at his father's law firm, the law firm where he is up for junior partner. With his reputation on the line, Adam needs all the help he can get to convince his father that he deserves the promotion.


When Dina and Adam run into each other on a deserted road, Dina thinks Mr. Flashypants can't possibly be interested in someone like her. Adam thinks Dina is just the person to help him improve his reputation. Lies and insecurities force them to take a look at themselves. Can they trust each other to look beyond the surface?

Thanks for stopping by today, Jennifer. I love letting my friends know about what’s new on the bookshelf.

No problem, Sandra. Thanks so much for inviting me.

I can’t wait to find out what happens. If there’s one thing we all have in common, it’s our own insecurities. We wonder how others handle them, and perhaps, overcome them. Let’s read an example of what we can find between the covers.

Excerpt
What the hell just happened? She wanted to be friends. The only kind of “friend” he wanted to be with her had “boy” attached to it. No, that wasn’t true. He enjoyed her friendship because he loved talking to her, hearing her opinions, sharing himself with her.
But he was becoming more attracted to her. So far, they’d only kissed, but that one kiss, that unbelievable kiss, haunted him. His lips still burned where they’d touched hers, his insides still turned to jelly when he thought about it. In fact, he’d been hoping there would have been more kissing in her apartment once he’d apologized for his gaffe.
But she’d focused on their arrangement and her overreaction, and here he was pulling away from the curb into rush hour traffic.
She thought he was dating her only to impress his father. If he were one hundred percent honest with himself, he’d acknowledge the partial truth in that statement. But the more time he spent time with her, when he wasn’t royally screwing things up with her, the more he wanted to move beyond their arrangement.
His head was another matter. It was still focused on not making a fool of himself, on maintaining the right reputation, on spinning the right message.
But listening to his head was probably what had gotten him into this mess in the first place. As unbelievable as it might sound, it was time to follow his heart.

I don’t know about the rest of you, but I can’t wait to find out where his heart takes him. I guess we need to order the book to find out the rest. You can do that by using your choice of these links…

Thanks for sharing the news of your new book with us Jennifer. I’d like to ask a few ‘Get-to-know-you’ questions. Let’s talk about your writing process.

1-     What is your favorite part? My favorite part of the writing process is when I first get inspired with a story idea—whether it’s a scene or a character or whatever. When that happens, I literally can’t wait to sit in front of my computer and disappear into that world while I write it all down.
2-     What is your biggest challenge? Well, there are two, actually. One is finding that inspiration. And the other is editing. I write best when the inspiration hits on its own, rather than being coaxed, but that doesn’t always happen. And editing—oy. That’s time consuming and doubt-inducing, but essential, just not as much fun.
3-     What was your most unusual inspiration? As I mentioned, most of my books start from inspiration about a character or a scene. But to write In the Moment, my first book with The Wild Rose Press, my inspiration came from a house. There was this old Victorian mansion that was for sale in the next town and my daughters and I went to the open house just to get a chance to peek inside it. The place was beautiful and I would have loved to have bought it if I had a spare million or two hanging around. So instead, I turned the house into the setting for that book.
4-     What was your most unusual resource? For Five Minutes to Love, the hero and heroine meet at a speed-dating event. I’ve never been—my husband and I met in college—so I needed to find a way to learn more about it without actually going through the process (my husband is understanding, but even he has his limits). We happened to be out to dinner with friends in New York City and the restaurant we were at was hosting a speed-dating event. So I grabbed my daughter and we spied on it.
5-     What is the one thing you must have at your writing space? Can I pick three? Food, coffee and windows to look out of. 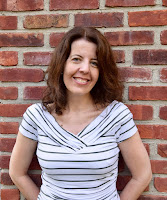 More about Jennifer Wilck:
Jennifer started telling herself stories as a little girl when she couldn’t fall asleep at night. Pretty soon, her head was filled with these stories and the characters that populated them. Even as an adult, she thinks about the characters and stories at night before she falls asleep or walking the dog. Eventually, she started writing them down. Her favorite stories to write are those with smart, sassy, independent heroines; handsome, strong and slightly vulnerable heroes; and her stories always end with happily ever after.

In the real world, she’s the mother of two amazing daughters and wife of one of the smartest men she knows. When she’s not writing, she loves to laugh with her family and friends, is a pro at finding whatever her kids lost in plain sight, and spends way too much time closing doors that should never have been left open in the first place. She believes humor is the only way to get through the day and does not believe in sharing her chocolate.

She writes contemporary romance, some of which are mainstream and some of which involve Jewish characters. She’s published with The Wild Rose Press and all her books are available through Amazon and Barnes & Noble.

To contact Jennifer and learn about her other work:

Thanks again for spending this time with us, Jennifer. LEARNING TO LOVE sounds as good as its beautiful cover looks.

I loved writing the quirky heroine and being able to redeem the hero. It was a great story to write and I hope people enjoy it. Thanks again for hosting me, Sandra!

Please feel free to comment or ask questions below. Also, you can use the social media icons to spread the word about this post with your friends.