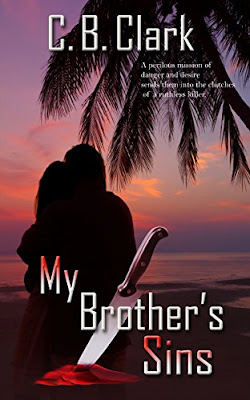 Ryan Marshall’s kid brother has always been trouble. Now, his brother wants Ryan, ex-DEA agent, to protect the woman he loves from a notorious, Mexican drug cartel. The second Ryan lays eyes on Hallie Harkins, he knows he’s made a mistake. Hallie’s blonde beauty and stubborn grit tempt him like no woman ever has. It’s all he can do to keep his hands off her…and his heart intact.

Hallie’s worst fears are realized when the man she expects to meet, vanishes. In his place, a disturbingly attractive stranger appears, claiming he’s been sent to protect her. Can she trust him? Or is he working with her pursuers? Following an attempt on Hallie’s life, she and Ryan join forces, embarking on a perilous mission of danger and desire taking them from rural Montana to the sunny shores of Acapulco Bay, and into the clutches of a ruthless killer. Will they survive the mission together and find love in each other's arms?

Here’s another shocker. It’s a debut novel as good as many on the best seller lists. I kid you not.

The main characters are fabulous.
Ryan Marshall is a rancher and ex-DEA agent. He’s the perfect hero; smart, tough, resourceful, protective, and humble. He’s had enough of living on the edge and has resigned himself to a solitary existence…until he gets a phone call from his long lost brother. There’s a lot beneath the surface of this man as the story unfolds.
Hallie Harkin is carving out a nice comfortable life in the Seattle business community. She’s not prepared to run, duck, and hide. However, her life takes a drastic turn and everything changes…including Hallie.
I swear, when the two met a tiny explosion happened in my mind.
The secondary characters were amazing as well. They not only filled out the story, they added a lot to it.

The plot was seamless.
I’m not kidding, I ate my dinner while reading and considered taking it to the bathroom with me. My husband and dog felt completely neglected. The action never stops. You’re caught in a cyclone of knife fights, gun fights, racing away on horseback, boat and plane, capture, escape, rescue and that’s not the end. No stone was left unturned and no questions were left unanswered.

In a nutshell, it left me breathless. Congratulations on an excellent first book, C.B. Clark.

Who is this awesome author you ask? 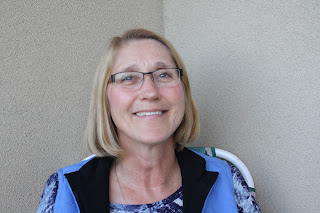 About the Author:
C.B. Clark has always loved reading, especially romances, but it wasn’t until she lost her voice for a year that she considered writing her own romantic suspense stories. She grew up in Canada’s Northwest Territories and Yukon. Graduating with a degree in Anthropology and Archaeology, she has worked as an archaeologist and an educator, teaching students from the primary grades through the first year of college. She enjoys hiking, canoeing, and snowshoeing with her husband and dog near her home in the wilderness of central British Columbia.