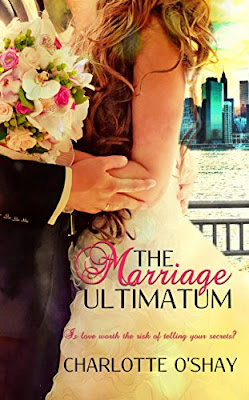 Dead-end job? Dreary apartment? Disastrous love life? Check, check, and check. Toddler who makes it all worthwhile? Absolutely. Juggling work, college, and the care of young Alex was never Sabrina's plan.
But Sabrina's dreams are bigger than any curve ball life can throw at her. Her top priority is keeping her small family together, no matter what the cost.

Vladimir Grigory doesn't believe in dreams. He earned his position at the top of New York's corporate ladder with his own sweat. His empire is his baby, and he'll destroy anyone who threatens it. Even the sexy employee who challenges him on every level. When the New York tabloids and the world call him the baby daddy of Sabrina's son, Vlad believes Sabrina is part of a plot to expose the secrets of his past. He threatens to destroy her future. But since Sabrina has secrets of her own, she has no choice but to agree to Vlad's marriage ultimatum.

What I expected – A sweet and spicy, marriage of convenience, contemporary romance.
What I got – A sexy/hot, forced marriage romance so intense it will make your blood boil and your heart melt.

From the first page Charlotte O’Shay marks her hero as a hot blooded alpha. And her heroine is no cream puff either. Let me tell you more about these two.

Sabrina Boyd is strong, hard working, and determined. She’s willing to give up anything to make sure three-year-old Alex has every advantage in life. Her problem: she’s a one-step-forward-two-steps-back kind of girl. She’s hiding a huge secret that could cost her everything and just can’t seem to catch a break.

Vladimir Grigory is a Russian born, self-made billionaire. He’s tough, demanding, and doesn’t trust anyone. He has fought hard for all he has and doesn’t care who he hurts to protect it. His personality is infuriating, I didn’t know if I’d ever warm up to him. Then his back-story came out and it broke my heart. It all made sense.

As these two move through the story their lusty passion gradually turns to sweet romance, but the heat level never diminishes. Along the way they have complications, distractions, and set-backs from every direction. That’s where Charlotte O’Shay’s excellent writing skills come into play. The story flows at a steady intensity that keeps you engaged and on the edge of your chair to the end.

You must buy this book~

As a debut author, (I still can’t believe that), you may not know Charlotte O’Shay so let me tell you a little about her. 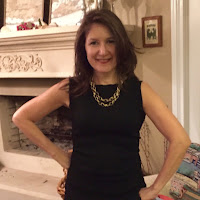 Charlotte O'Shay was born in New York City into a big family and then married into another big family.
The drama! The noise! The inspiration!
Negotiating skills honed at the dinner table led her to a career in the law. After four beautiful children joined the crowded family tree, Charlotte gladly traded her legal career to write about happily ever afters in the City of Dreams.
The Marriage Ultimatum is the first, standalone, story in the City of Dreams series.
Look for A Model Engagement (Book 2) and An Illicit Affair (Book 3) coming soon.