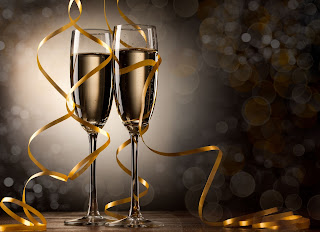 Let's celebrate all the Amazon Encores being re-released today because...well, they were just that awesome. 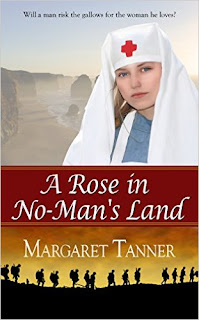 A Rose in No-Man's Land by Margaret Tanner

Sister Amy Smithfield is carrying on her family's military tradition in the only way she can, as an Australian Army nurse. Dedicated to her calling, she has sworn off interest in men for the duration of the Great War in Europe. When she literally runs into Mark Tremayne, an English captain in the Australian army, her real struggle begins. Mark has his own reasons for keeping any relationship with the opposite sex in the casual mode, and he fights to deny his attraction to the petite blonde nurse who stirs his senses beyond the ordinary. Their battle against love continues from Australia to the Mediterranean to France. When Amy is captured by German soldiers, Mark realizes how much she means to him -- but can he overcome pride and find Amy after his jealous anger pushes her away? 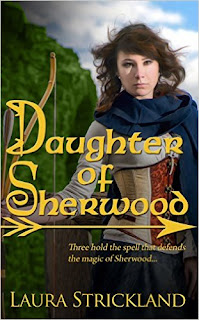 Raised in the kitchens of Nottingham Castle, Wren has no idea she is the daughter of the legendary Robin Hood until she is summoned to Sherwood Forest. Since Robin's death many years before, the resistance against Norman tyranny has been upheld by a magical triad, but now one of the guardians has died. With two young men, Sparrow and Martin, Wren must form a new triad with a bond strong enough to defend Sherwood's magic. To one of them, she will also give her heart. From the moment Wren bursts into his life, Sparrow loves her. But he knows she may choose his lifelong rival, Martin, as her mate. Martin wants Wren also, but Sparrow fears Martin is driven not by love but by ambition. When Martin is captured and held at Nottingham Castle, will the conflict between love and duty destroy the triad? 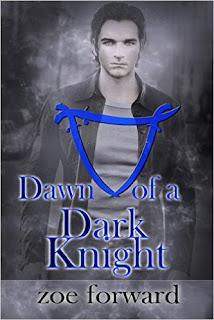 Dawn of a Dark Knight by Zoe Forward

In the shadows of our world, a secret band of warriors fights to protect us. They are the last line of defense against an evil no human can stop. An ancient nemesis has resurfaced. Duty demands that Ashor Vlahos, Scimitar Magi commander, recruit a magical healer to fortify the remaining eight magi. The gods' choice is the woman who helped him escape torture a decade ago. Ashor couldn't have imagined a better punishment for his vow-breaker homicidal incidents than for the gods to bind him irrevocably to the only woman in the universe he cannot have. The soul-searing desire she ignites in him is strictly forbidden. Kira Hardy, M.D. is a brilliant, hardworking internal med resident with big secrets. But when Ashor asks for aid after a brutal daemon attack, she is sucked into his dangerous, secret world. Enslavement to the magi, no matter how hot they are, may be an unattractive life plan, but being targeted for death by their enemies is less tolerable. She must trust the sexy, tormented Ashor to keep her safe while he must deny his ultimate desire and keep Kira at arm's length lest he bring destruction down on them both. As a centuries-old evil catches up to them, they face a crucial decision--follow the gods' rules or follow their hearts. 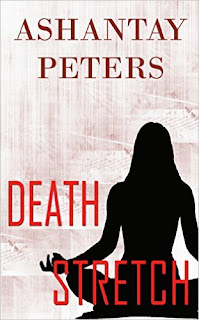 She's leery of overprotective men--he's sworn to protect and serve. When Katie Sheridan's best friend is blackmailed over an affair with a yoga instructor, Katie stuffs herself into workout togs to help identify suspects. Instead of getting fit, she learns yoga can be a killer when the instructor winds up dead. Worse, Katie is a suspect, and finds herself tangling with the sexy, commanding cop investigating the case. Detective Dirk Johnson knows getting involved with a material witness--especially one as reckless as Katie--means trouble, but his heart and protective instincts aren't logical. More than once, she rescues herself just before he arrives to save the day. Dirk's not sure he can keep up with her, but he'll go down trying. Blackmail, murder, and adultery teach Katie and Dirk that love obeys its own laws. With passion as the final reward, they find fighting temptation is highly overrated. 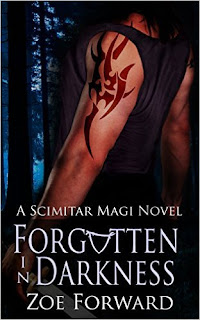 After an unjustified two-century stint in purgatory, Scimitar Magus Dakar returns to the human realm, renewing his eons-old curse. Either he or the woman he loves must murder the other within days of meeting in each new lifetime. To break the vicious cycle, he must kill her before she strikes her deathblow, something he's never done in the past. Archaeology grad student Shay McGinnis suffers a near-death attack in pursuit of a piece of Scimitar Magi lore. But did the magnificent warrior who pinned her to the wall injure her or the daemon he fought? In her search for answers, she draws the attention of both an ancient evil sorcerer and the warrior Dakar. The attraction between her and Dakar is instant, and for Shay confusing. She wants to be with him, but intuition equates him with death. Not random death. Hers. Will this be the lifetime they break the curse before they are murdered by an age-old enemy or worse kill each other yet again? 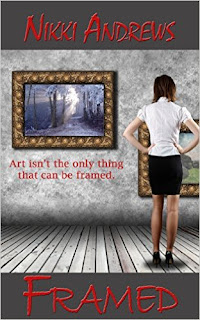 When a long-lost painting turns up at Brush & Bevel, a decade-old mystery is reawakened. What really happened to artist Jerry Berger and his model Abby Bingham? Was it a murder-suicide, as the police proclaim, or was it something far more sinister? Gallery owner Ginny Brent and her loyal staffers, Sue Bradley and Elsie Kimball, each take a different path to unravel the mystery. Together, their discoveries start to form a cohesive whole. But as they get closer to the solution, they discover to their horror that art is not the only thing that can be framed. 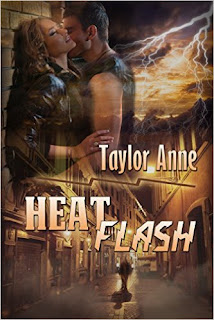 When FBI agent Mason Black left Kendall Reed without warning, it devastated her, but she managed to bounce back. Now on the run from a maniacal stalker, she must learn to trust the man who betrayed her in the past. Dealing with his own insecurities and secrets, Mason will do anything to protect Kendall from the dangerous lunatic terrorizing her. But the bigger threat may be the one Kendall poses to his heart. Scared of Kendall's reaction if she learns the truth about him, Mason puts his own problems and emotions on hold to find her stalker. But when Kendall's life is threatened, he has no choice but to risk body and soul--and even his heart--to save her. 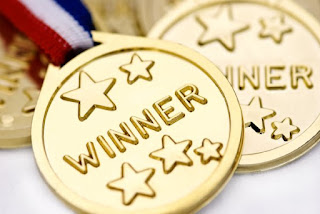 Congratulations, authors! You're all winners!