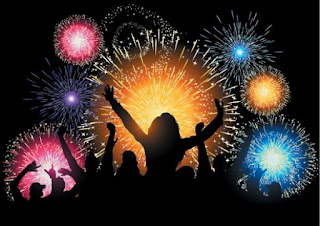 It's time to celebrate more great Amazon Encores and I have a ton of them for you today!
As usual, I'll show them in alphabetical order. 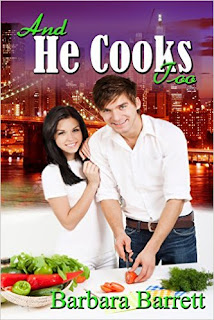 And He Cooks Too by Barbara Barrett

Three men, three lies. One thought it was for her own good, one did it for his own good, and the third nearly destroyed her career. Blacklisted by the city's finest restaurants, Chef Reese Dunbar must now put the resuscitation of her battered reputation in the hands of yet another man. The television experience Nick Coltrane's cooking show offers is her best option for restoring her name and becoming the Big Apple's super chef. But after giving her body and heart to him, her trust is put to the test when she discovers that Nick has lied about the real reason he brought her on board, and worse yet, Nick can't cook. 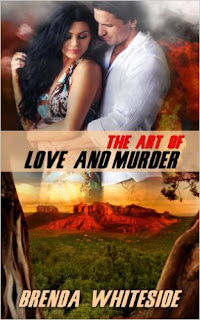 Lacy Dahl never questioned her past until the deaths of her adoptive parents and her husband. A husband who wasn't what he seemed. Her research uncovers secrets about the mother she never knew; secrets that dispute the identity of her father and threaten her life. Sheriff Chance Meadowlark is still haunted by the murder of his wife and the revenge he unleashed in the name of justice. When he meets Lacy he is determined not to become involved, but their pasts may make that impossible. As they move closer to the truth, saving Lacy may be his only salvation. Lacy begins to think the present is more important than her past...until Chance's connection to her mother and a murder spin her deeper into danger and further from love. Will the truth destroy Lacy and Chance or will it be the answer that frees them? 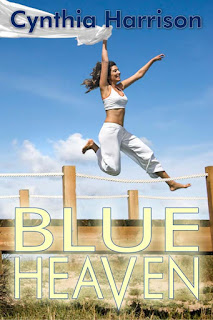 Three men, three lies. One thought it was for her own good, one did it for his own good, and the third nearly destroyed her career. Blacklisted by the city's finest restaurants, Chef Reese Dunbar must now put the resuscitation of her battered reputation in the hands of yet another man. The television experience Nick Coltrane's cooking show offers is her best option for restoring her name and becoming the Big Apple's super chef. But after giving her body and heart to him, her trust is put to the test when she discovers that Nick has lied about the real reason he brought her on board, and worse yet, Nick can't cook. 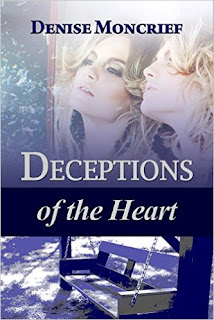 Deceptions of the Heart by Denise Moncrief

Surviving as Jennifer Cristobal isn't easy for Rhonda Prentiss. Three years ago, a sudden, fatal trauma stripped Rhonda of her middle-class, stay-at-home-mom existence. A brand new shock prompts Rhonda's essence to invade Jennifer's soul, suppressing the other woman's memories and replacing them with her own. When Jennifer's heart transplant surgeon, Dr. Crane, can't--or won't--help her understand her unusual body-swapping dilemma, she turns to the only man she can trust. But can she fully trust Jennifer's husband, Anson? Rhonda's memory proves faulty--and sugarcoated. Multiple threats from her past shake her fragile hold on mental stability. If one of her enemies succeeds, he will kill Rhonda's soul...or Jennifer's body...or both. 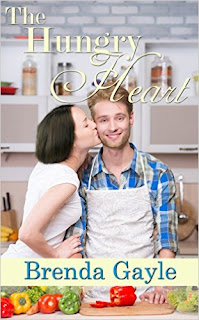 Child advocate Nora Cross doesn't have time for the private cooking lesson her sister won at a charity auction. Hunter Graham, the young chef, is the last person she needs telling her she's forgotten how to have fun. So why can't she get the very hot, very eligible man off her mind? After a stellar debut in New York City, Hunter's back in Santa Fe to open a new restaurant. He lives a charmed life and he knows it. He isn't interested in a workaholic who's glued to her smart phone. So why is he trying to convince Nora to relax and enjoy life--with him? When Nora's apartment and office are ransacked, Hunter comes to her rescue, surprised to find himself playing knight-in-shining-armor to the uptight executive. But when it becomes clear Nora is no random target, Hunter realizes he'll do anything to keep her safe. 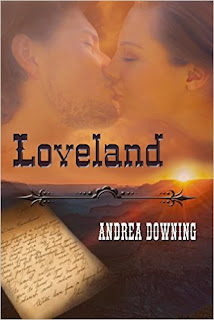 When Lady Alexandra Calthorpe returns to the Loveland, Colorado, ranch owned by her father, the Duke, she has little idea of how the experience will alter her future. Headstrong and willful, Alex tries to overcome a disastrous marriage in England and be free of the strictures of Victorian society --and become independent of men. That is, until Jesse Makepeace saunters back into her life... Hot-tempered and hot-blooded cowpuncher Jesse Makepeace can't seem to accept that the child he once knew is now the ravishing yet determined woman before him. Fighting rustlers proves a whole lot easier than fighting Alex when he's got to keep more than his temper under control. Arguments abound as Alex pursues her career as an artist and Jesse faces the prejudice of the English social order. The question is, will Loveland live up to its name? 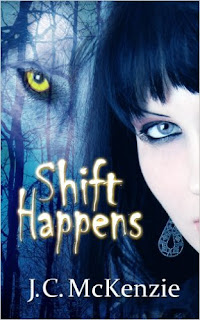 Andrea McNeilly's job as a government agent is not asking questions, but then a routine assignment turns into a botched assassination of a Master Vampire's human servant. Answers become a priority. Her search to discover the truth is riddled with obstacles, the largest being an oversized Werewolf who resembles a Norse god. Andy can't afford the distraction he offers, because if she fails, she faces eternal enslavement. Wick's job is to monitor Andy, but he prefers more intimate activities, none of them G-Rated. His choices, however, are often not his own. His ability to help Andy is limited by his bond to the Master Vampire. Facing many trials and challenges along her path to redemption, Andy learns the value of her freedom might be set too high. 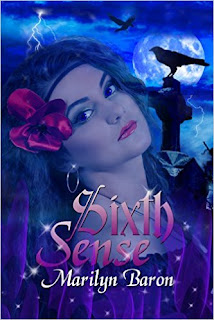 Reluctant psychic Katherine Crystal, dubbed "Crystal Ball Kate," is thrust into the national spotlight when she accurately predicts the death of a movie actor's young son in a private plane crash. Besieged by requests to use her powers to help others, she realizes why her parents had warned her never to let anyone know of her visions. By-the-book Atlanta police detective Jack Hale harbors a deep-seated distrust of psychics and ignores Katherine's warnings when she calls to report her premonition. Jack is forced to partner with Kate, who uses her eerie sensitivity to evil to help him catch a serial killer in Sydney, Australia, but that's only the beginning of the story. Jack and Kate are drawn into the investigation of a mystery surrounding Kate's birth and find murder and romance among a secret society of psychics in the quaint seaside spiritualist community of Casa Spirito, Florida. 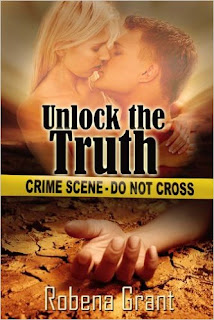 Unlock the Truth by Robena Grant

Dena Roman needs closure. Three months ago, her sister's murdered body was found in the California desert. When a second body is found at the same site, Dena jeopardizes her public relations position to go undercover and investigate. But falling for the main suspect isn't part of her plan.
Zeke Cabrera needs help. He sold a portion of his family's Three C's Estates to keep his citrus farm afloat, but when bodies are unearthed on the site, he's suspected of murder. Help comes in the form of a communications expert who makes all the difference in his life and business--and in his heart.
Amidst an attack on her life and run-ins with a cantankerous foreman, Dena digs for the truth, even as she forms a strong bond with Zeke. But can their newly found love survive all the deep secrets hidden at Three C's Estates? 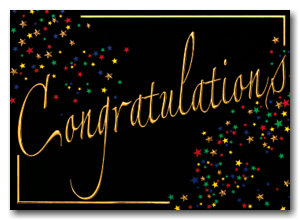 Congratulations to all the authors re-releasing today.
We have a huge selection for great mid-month reads, so lets shop.
Be sure to comment below to show your support.