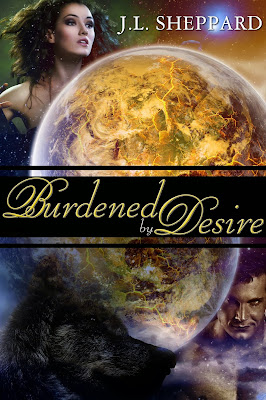 Listed on USA Today, Happily Ever After!!!
click to view

Welcome to the beach, JL! I know you’re no stranger to beaches, living in Miami. Pull up a lounge chair and grab a fruity umbrella drink.

Thanks! I’m thrilled to be here.

I’m so excited to have a paranormal writer here today. Have you ever thought about what powers you’d like to have, if you were a paranormal being?

I’d love to be able to teleport. I love travelling and have done quite a bit of it, but I’m not a fan of flying especially long distances. Teleporting would make travelling so much easier, not to mention stress free.

That makes perfect sense. What paranormal powers would you like your life-mate to have?

Super-strength kind of like Mr. Incredible. I’m a huge fan of the Disney movie. It’s intended for kids, I know, but I still love it. I’ll admit I love it so much I’ve watched it close to a hundred times.

Today we’re talking about your newest release, BURDENED BY DESIRE. Your heroine is Jocelyn, an elemental. Give us three words to describe Jocelyn. 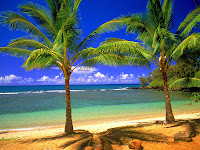 Your hunky hero is Landon, an alpha werewolf. In three words, describe Landon.

They sound like quite a volatile couple. Now we’re all curious about how these two come together. Tell us about their story.

Jocelyn, an Elemental, is stuck between the mortal and immortal worlds, yet not quite a part of either. Her power over the elements of the Earth won’t evolve until she meets her mate. Before then she’s an easy prey and a coveted possession for the Malums Inmortalis who wish to conquer the world.
Alpha werewolf, Landon, has been living with the knowledge his fated female, the one woman created for him, is just beyond his reach. For months he’s forsaken her, refusing to accept his mate because she can never grant him a much-needed heir for his nearly extinct pack.
Despite his decision Landon finds himself drawn to Jocelyn and when an attempt is made on her life, he realizes his destiny lies with her.  Can they overcome the long-held prejudices of his kind and defeat their enemies in time to find what the future holds?

Intriguing! Give us a sample of what’s between the pages.

His heart-wrenching confession took Jocelyn by surprise. As his eyes continued to bore into hers, her heart skipped several beats. Was he being truthful? She wanted to believe he was. Maybe it was the way he stared at her, consuming her like nothing else mattered, like she was the center of his universe. She wanted to believe he was sorry and that she excited him. It would comfort her knowing he was as drawn to her as she was to him. But were the words he spoke true?
He pulled her a touch closer, his body rubbing close to her own, she felt every muscle on his chest and his heat, the warmth from his body soothing her. Her eyes settled on his lips and she imagined what would happened if he kissed her again? What would she do? She was supposed to be angry with him but the reason was beyond her grasp.
“Baby?”
The endearment caught her off guard, and her eyes drifted to his again. She fought to catch her breath as his gaze enveloped her. If she waited any longer, his scent would once again devour her. Was he waiting for, a response? What was she supposed to say? Did he ask a question? She couldn’t remember. All she wanted now was a kiss. Just one mind blowing, gut wrenching, searing kiss.

Sounds a little steamy. Where can our guests buy a copy?

Everyone wants to get to know you better, JL. Where can we find you?

I was born and raised in Miami, Florida where I still live with my husband. 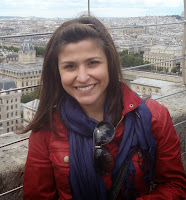 As a child, my greatest aspiration was to become a writer. I read often, kept a journal and wrote countless poems. I attended Florida International University and graduated in 2008 with a Bachelors in Communications. During my senior year, I interned at NBC Miami, WTVJ. Following the internship, I was hired and worked in the News Department for three years.
It wasn’t until 2011 that I decided to take the chance and write. I wrote my first novel, Demon King’s Desire that year. I was working at full-time at NBC, so it took me a whole year to finish it, but it was well worth it. Demon King’s Desire was published in January of 2013.
You can find me:
www.jlsheppard.com
www.facebook.com/JLSheppardAuthor
https://twitter.com/JL_Sheppard
http://www.pinterest.com/jlsheppard5/
https://www.goodreads.com/author/show/6894176.J_L_Sheppard
http://www.amazon.com/-/e/B00CXDFEIK

If anyone wants to start at the beginning of your Elemental Sisters series, they should also look up DEMON KING’S DESIRE.

You’ve been a terrific guest, JL, and BURDENED BY DESIRE sounds like a thrilling beach read. I hope you’ll come back for more parties in the future.

Thank you for having me. It’s been a pleasure!

!!! With the help of MOnster Book Promotions, I'm hosting a giveaway from today thru Feb 9th. Winner gets a $15 Amazon Gift Card !!!
Enter here