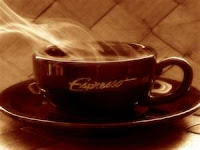 Welcome to Coffee Talk, Linda! Everyone at The Wild Rose Press is delighted to count you among our ranks. We're especially excited about your newly released book, GRAVE SECRETS. Tell our visitors a little about the story. 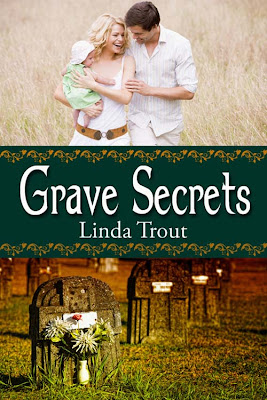 When Sara Adams' infant daughter is abducted, she moves heaven and earth to find her. But six months later, time is running out and Sara turns to the one man she shouldn't—insurance investigator Morgan Daniels. Dangerously attractive, he's a threat to more than just her heart, and if she isn't careful, he'll unearth secrets better left buried.

Proving Sara murdered her husband is Morgan's top priority. Helping her find her child is the perfect opportunity to get the proof he needs. But when he starts to think of her as a woman rather than a suspect, she slips under his armor. He can't trust her. Worse, he can't trust himself around her.

All evidence points to Sara as a murderer, but Morgan's gut tells him the evidence is wrong. Is his obsession with her blinding him to the facts? Or is the real murderer still out there…stalking Sara?

I'm intrigued already. Please give us a scene to tease us a little more.

Sara’s sobs, the first he’d heard from her, broke through his stupor. Was this the reason behind those dark circles under her eyes? The logical side of his brain said to back out of the room and get the hell out of the house. He didn’t need another mental case in his life, didn’t need the responsibility, and later the guilt, when he failed them.
Instead, he gathered her in his arms, then pressed her head against his shoulder. She cried so hard, her entire body shook, and her keening touched him in places he’d thought long dead. He had the feeling this was the first time she’d truly cried since they’d dug up her husband’s body. No wonder there were so many tears.
His shirt was soaked. He didn’t care. He forgot about his mom, about how Sara could already be headed down the same road and simply held her close. When the tears had abated and she’d blown her nose on the handkerchief he’d offered, he kissed the top of her head, whispering it would be all right. She looked up at him, parting her lips. Remnants of tears still trailed down her cheeks. Without thinking, he lowered his head and gently pressed his lips to hers to comfort her.
Sara had been clinging to his shirt, but now moved her arms around his neck, pulling him closer. She opened for him, inviting. Am I out of my mind? He couldn’t get involved with a client. Or a suspect. Sara Adams fell into both categories.
He chuckled to himself. He was about to make the biggest mistake of his life, but right now he didn’t care. When she whimpered he scooped her into his arms, her weight a turn-on by itself, and strode across the hall to the nearest bed he could find.

Wow! That was great. I know GRAVE SECRETS is already available, where can we buy a copy?

I’m a retired oil & gas accountant and I’m finally free to pursue my passion and my dream. Married for longer than I can remember, we both ride Harleys. I love zipping down the highway following his cherry red bike (mine is teal and silver), but like to take the lead every now and then...just to give him a view of my backside, mind you. I don’t do this a lot, but I happen to know he thinks a woman on a bike is sexy. Hey, enough said, right? LOL 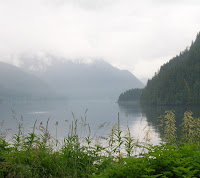 A favorite vacation spot is just about anywhere in Alaska. No cruises for us, though. We pick a town, stay at a B&B, rent a car and check out all the area has to offer. We’ve watched Bald Eagles teach their chicks to hunt fish, attended performances by the locals about their culture and heritage, or simply enjoyed the vast scenery. We’ll never see all Alaska has to offer, but then, I’m not sure many people have (or can). Needless to say, we’ve visited there multiple times. 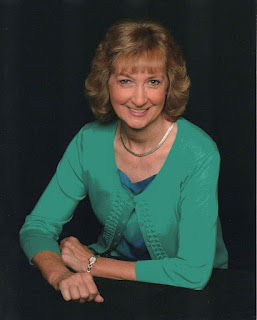 Oh, yes, you asked for a bio. Sorry. I write romantic suspense and completed 3 manuscripts before publishing. I belong to several writing organizations and have a fantastic critique group. My philosophy is to be too stubborn to give up, but grow a Rhino Hide in the meantime. You’ll need it.

A few quick questions, if you don't mind:

·         Coffee or tea?: I love the smell of good coffee. Nothing better than that wonderful aroma. But I can’t stand the taste of it. Go figure. No, I’m a good ole’ ‘southern’ girl who likes sweet (and I do mean sweet!) iced tea.

·         Dogs, Cats, or something different?: There are both cats and dogs at my house. We have 2 aging black Labrador retrievers, litter mates who are attached at the hip. If one goes to the vet, the other has to go, too. Luckily my vet doesn’t mind. Then we have 4 cats; 2 females and 2 males. Believe it or not, the toms are better hunters than one of the females. In fact, she wouldn’t know what to do with a mouse if you handed it to her on a silver platter. One of the toms brought her a live mouse one day, I guess to see what she’d do with it. Before she knew what was happening, the mouse was safely under the porch. The tom just looked at her as if to say, “Silly girl.” LOL

·         Vampires, Cowboys, Kilts, or Men in Uniform?: First and foremost, Men in Uniform! My hubby is a retired Marine and I’ve always been a sucker for those dress blue uniforms. That said I also like Cowboys as well as Kilts. In that order.  After all, variety is the spice of life.

I absolutely agree. I'm so glad you're able to spend time with us today.

Thank you so much for having me Sandra. I’ve loved visiting and getting to know you a bit better. Stop in at my place and say Hi whenever you want. The door’s always open.

Don’t forget to let your readers know that I’ll be giving away a free digital copy of my book at the end of my blog tour to one commenter. And this is my next to last stop. Thanks again for the hospitality!
Posted by Sandra Dailey at 8/21/2012 03:21:00 PM